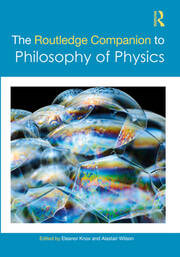 I am currently preparing a monograph on Spacetime Functionalism. ​

Physical Relativity from a Functionalist Perspective. Studies in History and Philosophy of Modern Physics(2019), Vol.67 pp. 118-124 (In a festschrift for Harvey Brown.)
Published version
preprint
This paper looks at the relationship between spacetime functionalism and Harvey Brown's dynamical relativity. One popular way of reading and extending Brown's programme in the literature rests on viewing his position as a version of relationism. But a kind of spacetime functionalism extends the project in a different way, by focussing on the account Brown gives of the role of spacetime in relativistic theories. It is then possible to see this as giving a functional account of the concept of spacetime which may be applied to theories that go beyond relativity. This paper explores the way in which both the relationist project and the functionalist project relate to Brown's work, despite being incompatible. Ultimately, these should not be seen as two conflicting readings of Brown, but two different directions in which to take his project.
​
Novel Explanation in the Special Sciences: Lessons from Physics. Proceedings of the Aristotelian Society (2017), Vol. 117, 2, pp.123–140.
Published Version
PREPRINT
​This paper aims to understand how recent discussion of novel and robust behaviour in physics might be applied in biology and other special sciences. In particular, it looks at the prospects for extending an account of novel explanation to biological examples. Despite the differences in the disciplines, the prospects look good, at least when we look at a biological example in which a certain kind of reduction is possible.

Emergence Without Limits: The case of phonons (with Alex Franklin) Studies in History and Philosophy of Modern Physics (2018), Vol.64 pp. 68-78.
Published version
preprint
Recent discussions of emergence in physics have focussed on the importance of asymptotic limits. Indeed, some have suggested that emergence is to be analysed entirely in terms of asymptotic limits. We discuss a putative example of emergence that does not fit into this narrative: the case of phonons. These quasi-particles have some claim to be emergent, not least because the way in which they relate to the underlying crystal is almost precisely analogous to the way in which quantum particles relate to the underlying quantum field theory. But there is no need to take a limit when moving from a crystal-lattice based description to the phonon description. Not only does this demonstrate that we can have emergence without limits, but also provides a way of understanding cases that do involve limits.

Spacetime Structuralism or Spacetime Functionalism? (2014) (I didn't get round to publishing this before I changed my mind about bits of it, but it may be useful for understanding the origins of my thinking about spacetime functionalism.)
Draft
I examine some currently popular articulations of ontic structural realism with respect to spacetime points, and find them lacking. Instead, I propose functionalism about spacetime itself (with at most derivative consequences for its points). This has much in common with structuralist positions, but has the virtue of usefully applying to emergent spacetimes.

​Abstraction and its Limits: Finding Space For Novel Explanation. (2016) Noûs.
Preprint
Published version
(Several modern accounts of explanation acknowledge the importance of abstraction and idealization for our explanatory practice. However, once we allow a role for abstraction, questions remain. I ask whether the relation between explanations at different theoretical levels should be thought of wholly in terms of abstraction, and argue that changes of the quantities in terms of which we describe a system can lead to novel explanations that are not merely abstractions of some more detailed picture. I use the example of phase transitions as described by statistical mechanics and thermodynamics to illustrate this, and to demonstrate some details of the relationship between abstraction, idealization, and novel explanation.

Newtonian Spacetime Structure in Light of the Equivalence Principle (2014) The British Journal for the Philosophy of Science. (Winner of the 2015 Cushing Prize).
PREprint
published version
​I argue that the best spacetime setting for Newtonian gravitation (NG) is the curved spacetime setting associated with geometrized Newtonian gravitation (GNG). Appreciation of the ‘Newtonian equivalence principle’ leads us to conclude that the gravitational field in NG itself is a gauge quantity, and that the freely falling frames are naturally identified with inertial frames.In this context, the spacetime structure of NG is represented not by the flat neo-Newtonian connection usually made explicit in formulations, but by the
sum of the flat connection and the gravitational field.

Effective Spacetime Geometry (2013) Studies in History and Philosophy of Modern Physics
preprint
published version
I argue that the need to understand spacetime structure as emergent in quantum gravity is less radical and surprising than it might appear. A clear understanding of the link between general relativity's geometrical structures and empirical geometry reveals that this empirical geometry is exactly the kind of thing that could be an effective and emergent matter. Furthermore, any theory with torsion will involve an effective geometry, even though these theories look, at first glance, like theories with straightforward spacetime
geometry. As it's highly likely that there will be a role for torsion in quantum gravity, it's also highly likely that any theory of quantum gravity will require us to get to grips with emergent spacetime structure.

Newton-Cartan theory and teleparallel gravity: the force of a formulation (2011) Studies in History and Philosophy of Modern Physics.
preprint
published version
It is well-known that Newtonian gravity, commonly held to describe a gravitational force, can be recast in a form that incorporates gravity into the geometry of the theory: Newton–Cartan theory. It is less well-known that general relativity, a geometrical theory of gravity, can be reformulated in such a way that it resembles a force theory of gravity; teleparallel gravity does just this. This raises questions. One of these concerns theoretical underdetermination. I argue that these theories do not, in fact, represent cases of worrying underdetermination. On close examination, the alternative formulations are best interpreted as postulating the same spacetime ontology. In accepting this, we see that the ontological commitments of these theories cannot be directly deduced from their mathematical form. The spacetime geometry involved in a gravitational theory is not a straightforward consequence of anything internal to that theory as a theory of gravity. Rather, it essentially relies on the rest of nature (the non-gravitational interactions) conspiring to choose the appropriate set of inertial frames.

Flavour-Oscillation Clocks and the Geometricity of General Relativity (2010) The British Journal for the
Philosophy of Science.
preprint
published version
I look at the 'flavour-oscillation clocks' proposed by D. V. Ahluwalia and two of his arguments suggesting that such clocks might behave in a way that threatens the geometricity of general relativity (GR). The first argument states that the behaviour of these clocks in the vicinity of a rotating gravitational source implies a non-geometrical element of gravity. I argue that the phenomenon is best seen as an instance of violation of the 'clock hypothesis' and therefore does not threaten the geometrical nature of gravitation. Ahluwalia's second argument, for the 'incompleteness' of general relativity, involves the idea that flavour-oscillation clocks can detect constant gravitational potentials. I argue that the purported 'incompleteness-establishing' result is in fact one that applies to all clocks. It is entirely derivable from general relativity, does not result in the observability of the potential, and is not at odds with any of general relativity's foundations.